Newspapers are all about stories. Telling stories, retelling stories. A story can be anything – it can try to inform you, engage you, enrage you, or even move you. Sometimes a story takes your breath away. When the storyteller becomes the subject, however, everything changes. Read on to discover the captivating evening we had thanks to a certain Mr Giles Duley. After spending 10 years taking pictures for fashion and media across the US and Europe, photographer Giles Duley decided he needed something new. He began to photograph both the intimate and the horrific consequences of war, in often-forgotten places, starting in 2007. After a few years, he knew he needed something more. So in 2011, he began his Legacy of War Project, spending his time in some of the most ravaged lands on the planet. Giles documents the tales and lives of the forgotten individuals of war, going infinitely deeper than the news reports we are exposed to on a daily basis. As stated on his website, Giles “captures the strength of those who fight their adversity rather than succumb”. Giles’s stories have built up international acclaim and recognition, having even been interviewed by Angelina Jolie for Humanity magazine. We were fortunate enough to attend a talk by Giles in the Old Truman Brewery, Brick Lane. Before showing the pictures of war which were shocking and thought-provoking at the least, Giles first took us through his own story. When out on patrol in Afghanistan in 2011 taking pictures, Giles stepped onto an IED (Improvised Explosive Device). He was heavily injured, and the footage of Giles being transported from the field to the aircraft to the hospital was all caught on camera. An intensely emotional few minutes, the audience were taken on an extreme journey. Due to his injuries, Giles unfortunately lost three of his limbs, retaining only his right arm. The power of photography and storytelling came to the fore. We saw how Giles captured the lives and moments of the least fortunate. Crucially though, we also witnessed how he did that through extreme adversity of his own. There was barely a dry eye in the house, as we embarked upon a visual and emotional journey which nobody expected on a Thursday evening.

After the story of Giles’s tragic accident, he then began to delve deeper into the lives of those he photographs. Those from Syria who have been bed-bound for years upon end. Teenagers from Ukraine left to fend for themselves and, largely, given up on by society. Some moments were tender and, most of all, heartwarming. As one example, Giles raised £250,000 through Random Acts for three refugee families he covered. Pictures of intimate family life moved the audience completely. But, tragically, so many of the stories ended with despair. Giles doesn’t believe he can change the world. But he believes his pictures might just inspire the person who can.

We felt extremely humbled, and left with a bittersweet taste in our mouths. The power of stories cannot be underestimated, and that has never been more evident than here. What difference can you make? Tell your story.

If you’re able to, please support Giles’s work here and donate whatever you can.

All photographs courtesy of Giles Duley‘s Legacy of War. 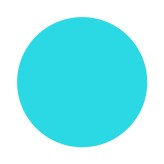 They’re here! A2 & A3 Posters
We’re closed for Easter!