This months Top 5 comes in the form of Broadsheets: Bremen Teater is a multi-functional venue that stages stand-up comedy, theatre performances, concert, film screenings etc. After they had created the new visual identity, the client needed some sort of promotional product with the purpose of creating awareness about the new image & initiatives. The idea was to make a broadsheet newspaper which functions as both image brochure and program. The look and feel of the newspaper matches the oldschool/retro fell of the identity. This is the second issue and we think it looks great!

Find out more at http://www.waaitt.dk

Tablemono is a handsome new broadsheet from Fable and Pepper & Cinnamon. The title is an amalgamation of the English word ‘table’ and the Japanese word for ‘object’.

Find out more at http://www.pepper-cinnamon.net/Tablemono The broadsheet features news from adidas Originals’ brand ambassadors and highlights key influencers that are doing notable work within youth and street culture. The A2 fold-out broadsheet is distributed as a free publication through culturally relevant stores and retailers that the brand is naturally aligned to.

Find out more at http://www.kimterrismith.com/m-m/ A great take on an annual review for St Basils homeless charity. Helen decided to split the content into short articles and features with attention grabbing headlines and statistics combining this with the format means it’s easy to digest and interesting to read. 1. The News Paper by Andrea Karlsen

Norway’s state-owned broadcasting company NRK, the oldest still published daily newspaper Adresseavisen and one of the leading printing operators Polaris. As a creative outcome “The News Paper” was conceived. “The News Paper” was created with a mix of traditional and modern design considerations. To honour the newspapers appearance, the broadsheet format and the commonly used body text of 8.5pt were incorporated. Of course we’re bias when it comes to a project celebrating Newsprint, so be sure to check out the project here. 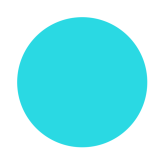